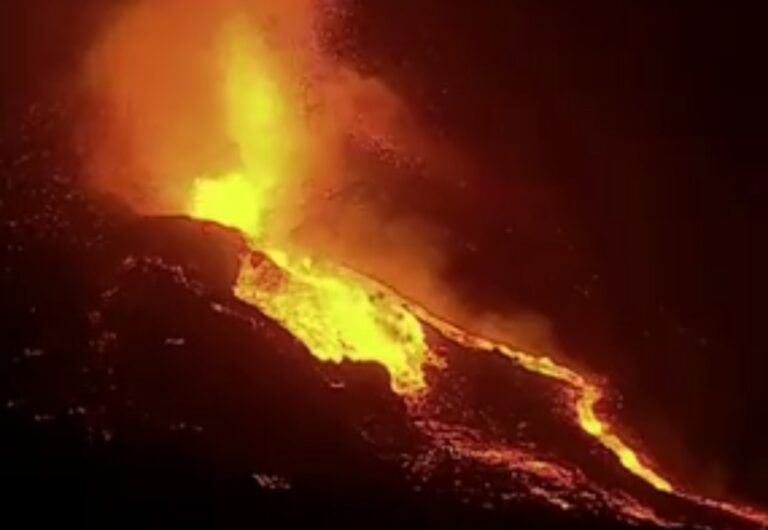 Eruption of volcano in La Palma far from over

Just a little update on the volcano in La Palma, I have been watching this from time to time, and on YouTube they have a live feed, the activity yesterday even really intensified, and the noise is said to be like 100 jet engines.

After the daily meeting of the scientific commission that assesses the eruptive process that began on September 19, the director of the National Geographic Institute (IGN), María José Blanco, indicated that the weather forecast points to winds on Wednesday afternoon, which will turn the column of ash and gases towards the northeast slope of the island, which could affect the operation of La Palma airport.

In addition, continued María José Blanco, scientists detected the opening of a fissure zone about 100 meters northeast of the main cone of the volcano, emitting gases and high temperature soils that, in principle, are not eruptive.

In the last 24 hours, the IGN located 75 earthquakes in the southern part of the island of La Palma and 17 of them were felt by the population.

According to IGN data, a maximum intensity value was reached in the epicentral zone in two of the earthquakes that occurred in the early afternoon of Monday, both of magnitude 3.7.

The IGN observes an increase in the number of earthquakes and their magnitudes from previous days and specifies that seven of the recorded earthquakes have a magnitude greater than or equal to 3.5.

As in previous days, most of the seismicity is located at a depth of 10-15 kilometers in the area where the seismic swarm began on September 11, although seven of them are deeper, between 25 and 40 kilometers.

The average amplitude of the volcanic tremor shows a slight progressive increase since Monday morning and remains in the same average range of values ​​compared to that observed in this volcanic eruption of Cumbre Vieja.

The English Are Back

Pack The Suitcase – 40 Things to do in Funchal