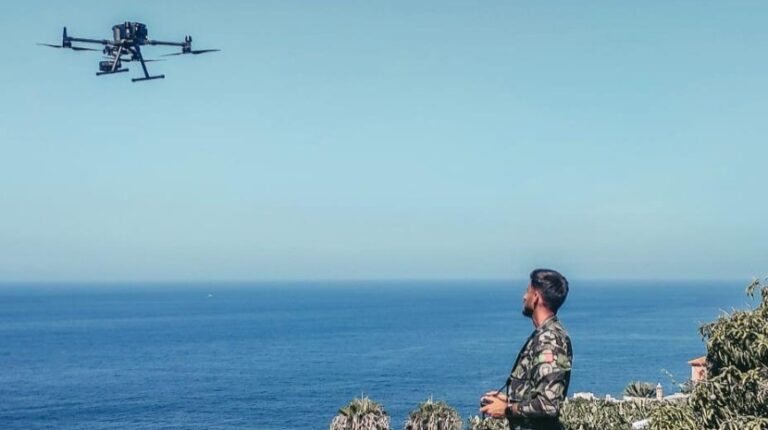 Between the 3rd and 5th of November, the DRONEX 21 exercise will take place, an event that will bring together, on the island of Madeira, 40 people and 14 drones.

This is the first exercise of this type at national level and “the first major test of cooperation and level of interoperability” between the General Staff of the Armed Forces (EMGFA), represented by the Operational Command of Madeira, the component commands of the branches of the Armed Forces, the Forces and Security Services, through the PSP, and regional entities such as ARDITI, the Regional Civil Protection Service (SRPC), the Forestry and Nature Conservation Institute (IFCN), the Regional Planning Directorate of the Territory (DROTe) and SANAS, for the use, in operations of dual use, military and non-military, of unmanned aerial systems (drones).

According to the press release, in this exercise, which brings together 36 operators and four observers, 14 military and non-military drones will interact in specific scenarios built to test the skills of drone operators trained by the Drone Operation and Experimentation Initiation Center of the Madeira Operational Command, with a view to assessing the level at which the desired interoperability has been achieved and identifying which areas should be, in the future, the object of training in order to improve the joint operational product.

Operational means will participate in this exercise, such as the NRP Douro and Maritime Police vessels, the Instituto de Socorros a Náufragos and SANAS.

The Armed Forces will include the Operational Command of Madeira, the Military Information and Security Center and the Command of the Maritime Zone of Madeira. On the side of the cooperating entities, PSP, SRPC, SANAS, IFCN and ARDITI will be present. Representatives of the Madeira Military Zone Command and the Special Operations Planning Cell of the Joint Command for Military Operations will be present as observers.

Note that this action will end with a demonstration of capabilities, at Cais do Carvão, on the morning of November 5th.

Who is ready for the first big festival of 2019?