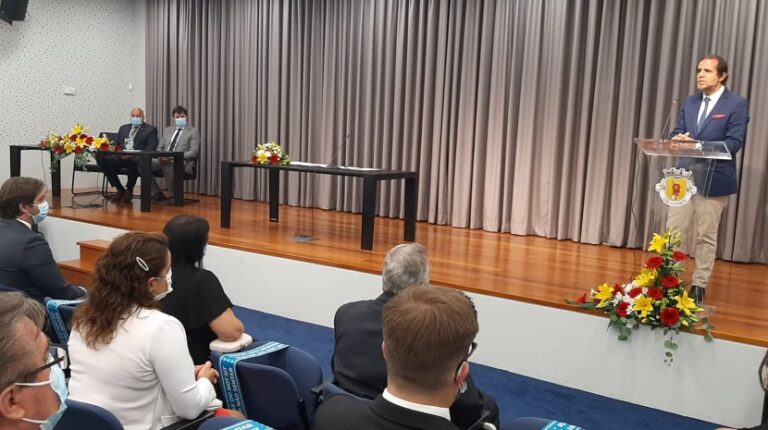 REGION FOLLOWS THE DECLINE IN FUELS, MAINTAINING DIFFERENTIALS OF -7% AND -9% IN TAXES

Speaking in São Vicente, at the inauguration of José António Garcês, Miguel Albuquerque promised that, as early as next week, he will approve the maintenance of the -7% and -9% differential in the ISP tax, as a way to mitigate the value of fuels, whose prices are high due to “Europe’s mistakes”. Miguel Albuquerque recalled that, since 2018, Madeira has had the aforementioned differential for taxes on gasoline and diesel, which will not be changed now.

He also assured that there will be changes in the IRS headquarters for the benefit of Madeirans, when the Regional Budget.

Miguel Albuquerque promised to promote a fruitful and close collaboration with the municipality of São Vicente.

At the inauguration of the Chamber of São Vicente, the president of the Regional Government said that, although we are still living in a pandemic, tourism is growing.

“We are on the right path,” he commented.

He added that next week, he will articulate with his government proximity meetings with the chambers.

Seixal among the best black sand beaches in the world