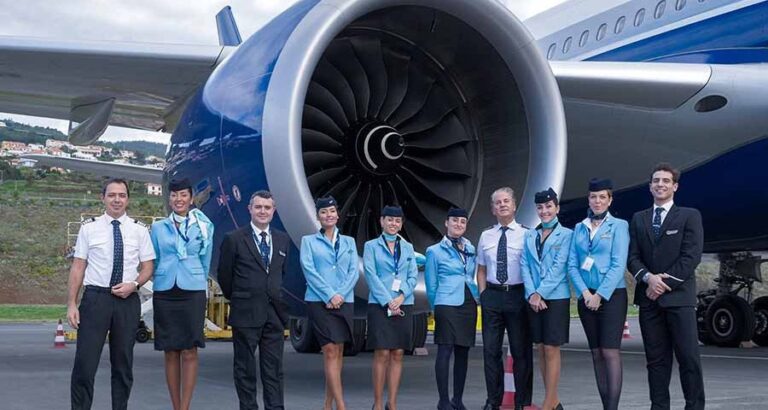 Captain Carlos Mirpuri, assisted by Captain Ruben Morais and his entire team, recorded yesterday a record flight time between Madeira and Lisbon, aboard an Airbus of the Hi Fly company. Two members representing the FAI (World Air Sports Federation) on board certify this mark, who agreed that the flight time was 70 minutes (one hour and 10 minutes).

The information was revealed by the airline, using an aircraft A330-900neo, registration CS-TKY, which traveled a distance of 565 nautical miles.

Carlos Mirpuri commented that “achieving record flying time on this route requires a set of conditions that rarely combine. This means strong southwestern tail winds on the way and northeasterly winds in Lisbon. It is also convenient to leave runway 05 in Madeira, which is normally unfeasible with southwesterly winds, and land on runway 03 in Lisbon. Today we had a reasonable tail wind, far from ideal, and we were forced to use lane 23 in Madeira, and lane 21 in Lisbon, which means the worst possible combination”.

He continued: “But against all odds and with good support from Air Traffic Control, we still managed to cover the 565 nautical miles of this route in a record time of 70 minutes, which now becomes an official mark in the presence of the FAI judges. ”

It is said that the choice of “a cruise flight level offering the highest TAS (true air speed) and the proper descent initiation and deceleration point played an important factor”, so, in addition, “a positive ISA deviation helped us achieve an actual speed of 500 knots. For most of the cruise, we had tailwinds averaging 35 knots.”