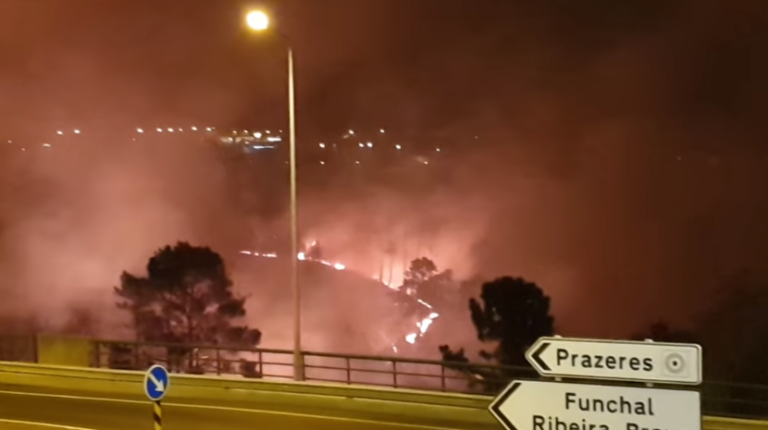 FIRE IN PRAZERES IS CONTROLLED, BUT FIREFIGHTERS ARE STILL FIGHTING A SMALL ACTIVE FRONT

The fire that broke out last night, at around 9 pm, in the forest area between Prazeres and Maloeira, in Calheta, was subdued during the night, but the fire teams are still fighting a small outbreak that remained active this morning .

The information was confirmed to JM by the commander of the Calheta Firefighters Volunteers, who indicated that, despite this active front, the fire should be considered extinguished within the next few hours, this Thursday morning.

The person in charge of the corporation also said that the same means are kept in place, in order to fight the flames that are still raging and to avoid rekindling. In total, seven members, supported by three vehicles, were directly involved in the operation.

BRAZILIAN FAMILY SAW SNOW FOR THE FIRST TIME IN MADEIRA