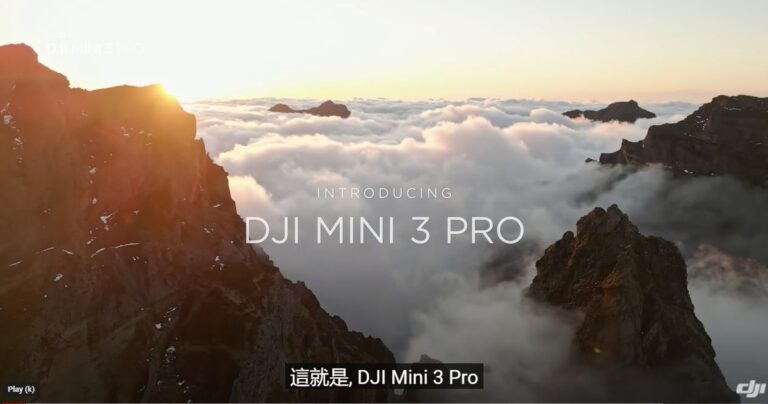 Watch the video released by DJI’s official YouTube channel, which shows the potential of the ‘Mini 3 Pro’ to record unique images from various stops, especially in the Autonomous Region of Madeira.

Images are a phenomenal tourist poster and also help to promote the island to Asian markets.

The Chinese company DJI has just officially announced a new ‘entry’ in the category of small and light drones, through the world presentation of the ‘Mini 3 Pro’.

The drone has a new design, records ultra-high definition (4K) videos at 60 frames per second, has a wider image sensor, a larger aperture, new sensors to avoid obstacles and features a battery with more capacity.

The official announcement of the Chinese brand was accompanied by a video that showcases the capabilities of the new drone, with the main images used in this video being recorded in Madeira.

The result is a video with images that turn out to be a wonderful tourist poster for Madeira and that also help to promote the island to Asian markets.

SIMULATION ON THE CABLE CAR PREPARES FIREFIGHTERS FOR RESCUE (WITH PHOTOS)