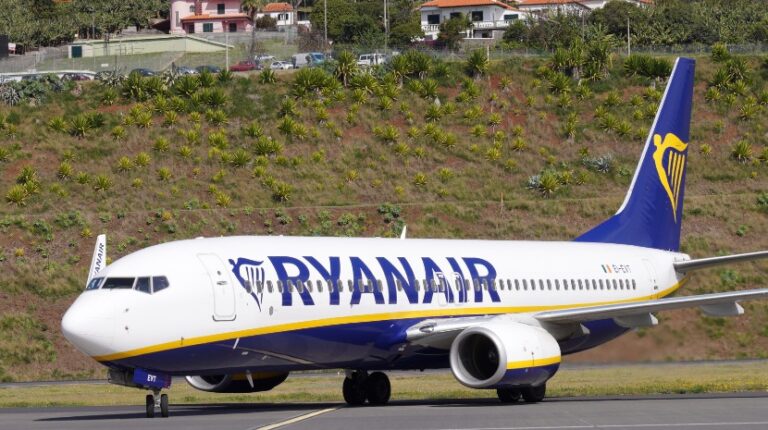 RYANAIR ANNOUNCES RECORD TRAFFIC TO PORTUGAL IN THE SUMMER, WITH MORE THAN 13 MILLION PASSENGERS IN 2022

Ryanair today announced record traffic to Portugal this summer on its 147 routes (19 new ones) to and from its six Portuguese airports: Lisbon, Faro, Ponta Delgada, Porto, Terceira and its most recent base in Madeira.

“This growth supports the full recovery of traffic, tourism and employment for Portuguese tourism. Ryanair offers more destination options, at lower fares than any other airline, for Portuguese citizens and visitors. Despite the Lisbon traffic recovery being delayed due to the cuts in the TAP fleet and the blocking of slots, Ryanair is ready to restore the aircraft and return to year-round growth at Lisbon airport, if it secures the 18 slots that should be released by TAP in October 2022”, reads a statement from the company.

“At a time when other airlines, namely TAP and EasyJet, will not return to their pre-covid traffic levels in the summer of 2022, Ryanair continues to grow strongly and, with 73 new Boeing Gamechanger aircraft, Ryanair will grow in the summer for more than 115% of its pre-covid traffic”, he adds, reinforcing that “Ryanair continues to invest heavily in Portugal and in Portuguese tourism”.

The Irish airline mentions several points to support this in Portugal, such as flights to and from six Portuguese airports, the new base in Madeira, the announcement of 19 new routes to and from Portugal in the summer of 2022, as well as the “growth record traffic to/from Madeira as Ryanair competes with TAP and EasyJet’s highly high fares”.

The company also states that “Ryanair grows in Portugal while TAP cuts its fleet and EasyJet cancels flights and removes seats from planes”, and concludes by adding that “it will transport more than 13 million passengers to/from Portugal in 2022, overtaking TAP as the number 1 airline in Portugal”.