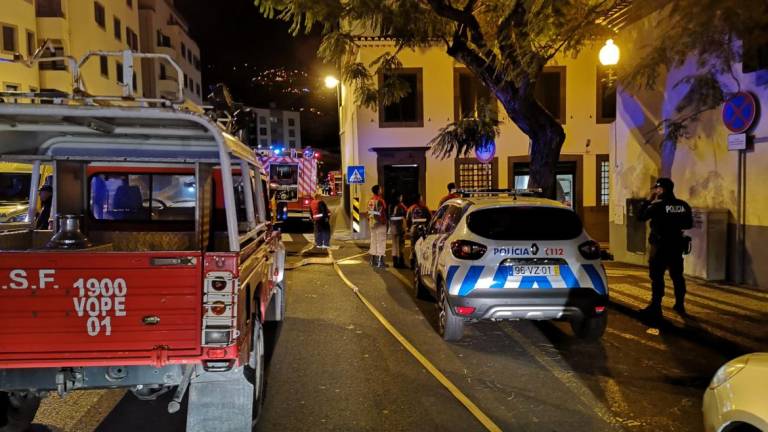 A fire in a vacant building at the beginning of Rua dos Ferreiros, next to Severiano Ferraz square, caused alarm in Funchal in the first minutes of this Sunday Morning.

A cloud of smoke in the downtown area made the worst fear, but the fire was promptly controlled by the Madeiran Volunteer Firefighters and the Firefighters of Funchal and by 1 am it was already in the aftermath phase.

According to information provided to DIÁRIO by the second commander of Madeiran Volunteer Firefighters, Rui Jesus, there were indications given by witnesses of a missing person, probably a homeless person, which motivated searches. However, according to the Fire Department, no one was found during the searches.

The causes of the fire is unknown.

PSP took care of the occurrence.