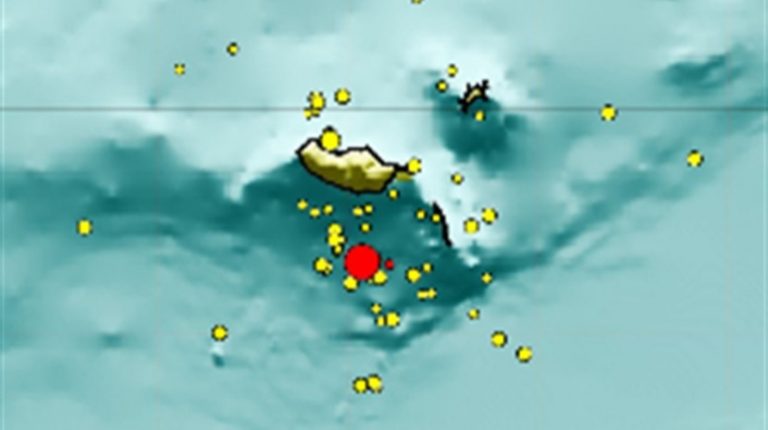 7 aftershocks after 5.2 earthquake in Madeira

After the earthquake that took place in Madeira on the night of last Saturday, March 7, which had a magnitude of 5.2 on the Richter scale, 7 replicates were recorded, the largest of which was 2.2, which occurred in the south of Funchal, at 9:22 pm .

The information was released today by the Portuguese Institute of the Sea and the Atmosphere, which confirmed that “the earthquake was felt practically throughout Madeira and also in Porto Santo, with the maximum intensity (modified Mercalli Scale, 1956) reaching the degree V in several locations on the island of Madeira, namely in the municipalities of Funchal, Câmara de Lobos and Calheta. In Porto Santo the maximum intensity verified was IV (MM56) ”.

IPMA also mentions that the earthquake was recorded in the 5 seismic stations operated by IPMA in the archipelago, with relatively high levels of acceleration of ground movement, particularly in Pico do Areeiro where 35 cm / s2 were measured. “The recorded levels of soil movement are compatible with the macrosismic effects reported by the population”, explained the IPMA, informing that, despite the seismic hazard in the Madeira archipelago being considered inferior to that of the Mainland and that of the Azores, this does not mean that they cannot earthquakes occur, some of which have a potentially significant impact.

In the last 2 years there have been 80 earthquakes, generally of low magnitude, with an epicentral location close to the Madeira archipelago.