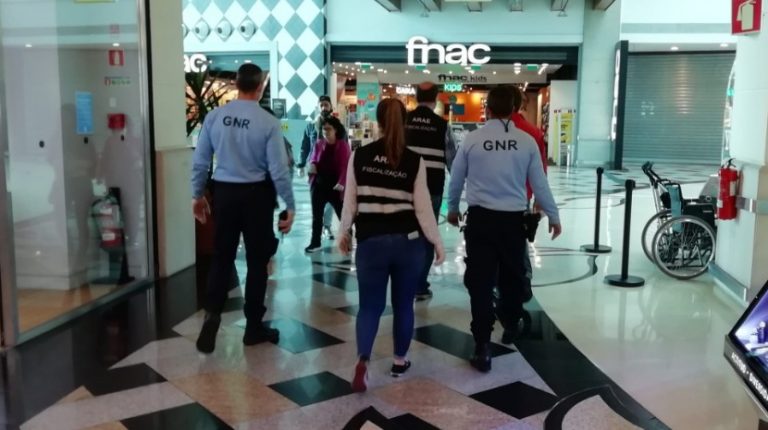 ARAE, GNR AND PSP IN INSPECTION ACTIONS TO ENSURE COMPLIANCE WITH OBLIGATIONS

The Regional Authority for Economic Activities (ARAE) informed in a statement that several inspection actions have been carried out since March 13, after the declaration of ‘State of Alert’ decreed by the Regional Government of Madeira, namely by Order No. 100 / 2020, of March 12, published in JORAM, II Série, nº 51, of March 13, which declared the situation of alert throughout the territory of the Autonomous Region of Madeira, and by the subsequent resolutions of the Regional Government of Madeira.

According to ARAE, the said inspection actions, which have been carried out with the National Republican Guard and the Public Security Police, are related to the “need to fulfill the obligations determined by the Regional Government”. The same source says that control of opening hours, access and the respective capacity of commercial establishments are at stake, particularly in large areas, raising awareness of the need to comply with safety distances, hygiene and screening issues; ensure the temporary suspension of all tourist entertainment and recreation activities, including rent-a-car, now especially after the confirmation of the first positive case of COVID-19 in the Region.

“We therefore call for the collaboration of all, economic operators and the population in general, for the full compliance with the measures in force, in order to help contain this virus that is already in the Region”, he concludes.

One of Madeira’s most photographed trees, is no longer….

RBL Date for your diary

There is always one silly cow on the road.

Yoga do Riso / Laughter Yoga in the Park