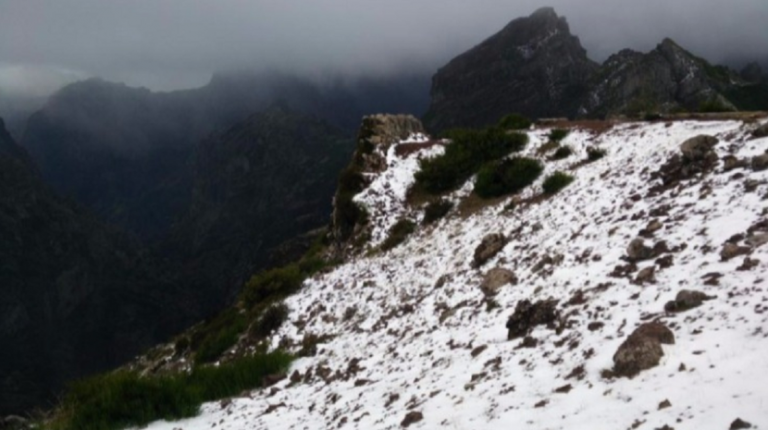 From 12:00 pm on Sunday and until 12:00 am on Monday, Madeira is under orange alert due to the strong wind on the north coast and mountainous regions, which, according to the Portuguese Institute of the Sea and Atmosphere, will register gusts that can reach 120 km / h.

According to the IPMA forecast for today, Madeira will experience periods of rain, changing to showers from the end of the morning, which may be locally intense and accompanied by thunderstorms from the afternoon onwards, being more frequent in the northern and southern slopes. mountainous areas.

There is a possibility of snowfall in the early afternoon of today at the highest points of the island of Madeira, according to the same source.

In Funchal, the sky will have periods of light rain, changing to showers from late in the morning, and which may be accompanied by thunderstorms from the afternoon.