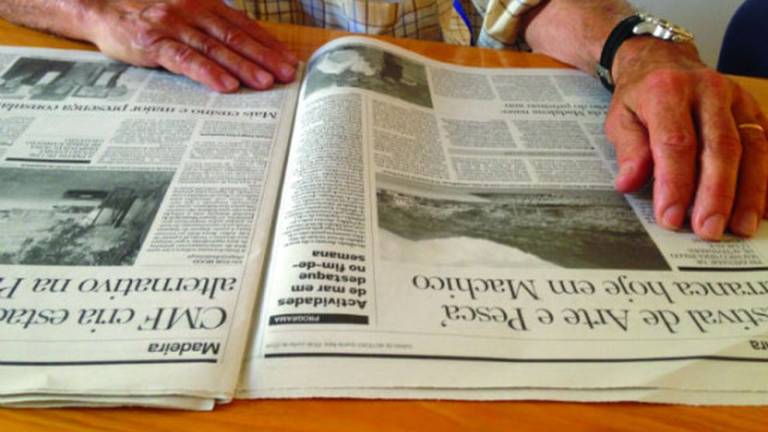 The announcement by the Regional Government of Madeira to ban “trade in newspapers and magazines” in the archipelago is making a big impact in the country, with the Portuguese Press Association, Christian Inspirational Press Association and Private Media Platform expressing “great concern” for a decision that they consider “arbitrary and unusual”

“We are deeply shocked because the Declaration of State of Emergency explicitly states that the measures that are taken under this exceptional legal provision cannot, under any circumstances, jeopardise freedom of information and expression in the national territory”, refer the signatories of a statement that has just been sent to the newsrooms.

The associations understand that door-to-door distribution does not include freedom of choice and access to publications published in the Autonomous Region of Madeira, nor the periodic publications from Mainland Portugal daily transported to the Region, under a decision of the Assembly of the Republic, there are more than 30 years, which already aimed at maintaining national cohesion, even more necessary in this moment of National Emergency.

The Portuguese Press Association, Christian Inspirational Press Association and Private Media Platform, hope and trust that the Regional Government of Madeira “will revoke the decision to stop the trade of newspapers and magazines in the archipelago, so that throughout the national territory you can freely access periodicals published anywhere in the country ”.

On this same subject, the director of DIÁRIO, Ricardo Miguel Oliveira signed an editorial this evening, entitled ‘Attentive to information’, which you can read here

More Tourists in Trouble at Sea