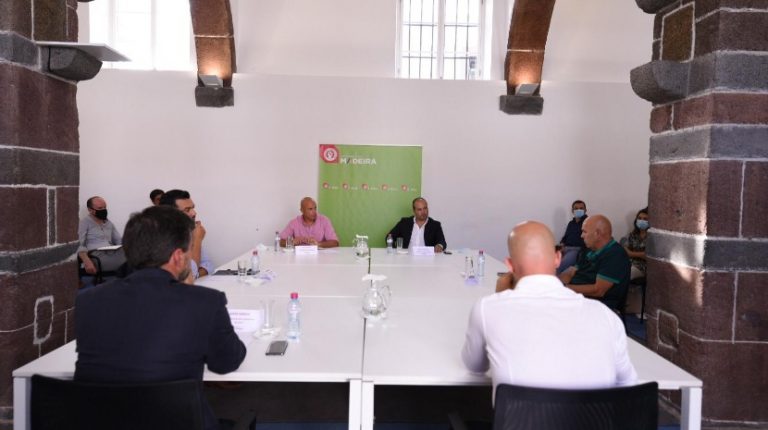 “TOURISM IS AT THE TOP OF THE SOCIALIST PARTY’S PRIORITIES”, SAYS PAULO CAFÔFO

The parliamentary group of the Socialist Party of Madeira promoted this afternoon, in the entrepreneurship room of the Rectory of the University of Madeira, a roundtable debate, with the theme ‘Tourism in Madeira: the moment and the future’, which included company officials of the sector.

Speaking to the media, Paulo Cafôfo, president of PS-Madeira, stressed the importance of the recovery of the sector, even affirming that “tourism is at the top of the Socialist Party’s priorities”.

The socialist deputy started by explaining that this initiative precedes the PS Parliamentary Days, which will take place next Saturday and which will be attended by the Secretary of State for Tourism.

“The contributions that tourism agents and the different sectors represented here shared with us will be taken to the parliamentary meetings that will be attended by the Secretary of State for Tourism”, he explained, adding that he intends “to take the PS-Madeira position”, in a proposal that is “the way to reverse this situation”, that is, that aims at the economic recovery of the sector.

Paulo Cafôfo stressed that “Madeira is the region of the country most affected by its excessive dependence on tourism”, realizing that there are many other companies that depend on this sector.

The socialist says that the important thing, at this moment, is to ensure the employment and sustainability of the companies that make up the sector, through strong support from the Regional Government, with measures that “actually reach companies”, thus accounting for the delays and the lack of effectiveness of the support lines.

“The PS, in this consultation with the sector, is looking for specific measures that can prevent the increase in unemployment and concrete measures to promote the destination of Madeira and capture of air routes”, he explained.

Paulo Cafôfo spoke thus in a certain “management of the conjuncture” by the Regional Government, explaining that “we see a regional secretary of Tourism accommodated and a President of the Government who, even today, spoke again about his candidacy for the presidency of the Republic”, pointed out that the important thing is to help companies and guarantee jobs.