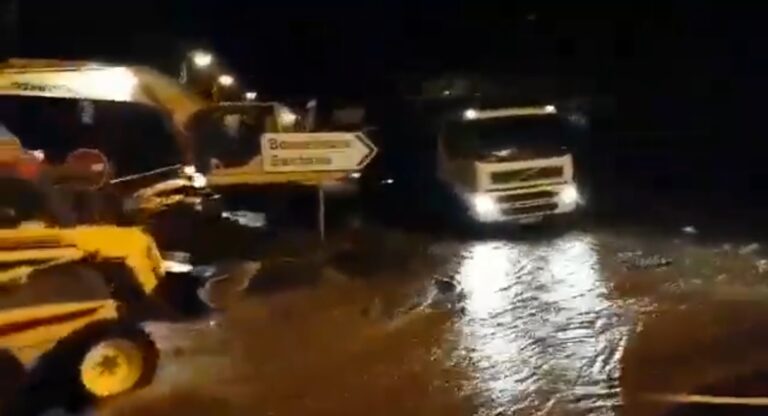 There were eight tourists in two cars inside the Via Expresso tunnel between Ponta Delgada and Boaventura since 4 pm on Friday, that is, more than nine hours ago. A tunnel that at this time – 1.15 am this Saturday – remains closed due to collapse.

Although help was made available to walk out of the tunnel until the situation was resolved, they all refused to leave their cars. However, sandwiches and drinks were made available.

The water continues to flow at the roundabout from the overflow stream and the rain continues to fall with intensity. The machines remain clean on the ground.

Several elements of the São Vicente and Porto Moniz Volunteer Firemen will stay there all night.

TOMORROW THERE ARE MUSEUMS, GARDENS AND MUSICAL PERFORMANCES … AT ZERO COST