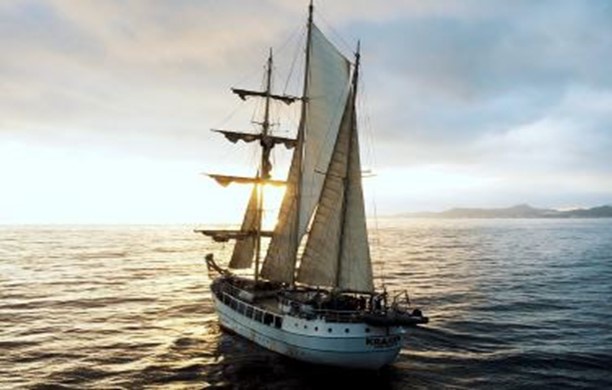 French NGO comes to Madeira to carry out environmental campaign

Just completed Levada Rocha Vermelha, it was a killer, 6 hours… I think I’m going to drown myself in a bath now…. 😂 😂 😂 😂

The ‘Kraken’ sailboat from ‘Wings of the Ocean’ arrives in Funchal on 25 March to conduct an environmental campaign with the help of several local groups, such as the ‘Ocean Devotion Madeira’

The French Non-Governmental Organization (NGO) ‘Wings of the ocean’ which develops actions for the protection of coastal ecosystems from plastic pollution and educates the population to the causes and consequences of the human impact on marine life, comes to Madeira to carry out an environmental campaign through the sailboat ‘Kraken’, which carries 30 volunteer sailors with the mission of cleaning plastic from the sea and establishing partnerships with recycling structures.

The crew intends to find local associations, environmental activists, and political structures to carry out cleaning operations around the coast of the island, and an awareness campaign for local youth throughout the month of April.

‘Wings of the Ocean’ will join several local partners, including ‘Ocean devotion Madeira’ and the hub of the Sustainable Ocean Alliance, created by three marine biologists who, since its creation, in April 2020, have been conducting actions environmental awareness about the sea ​​and the environment in general, whose mission is to make education accessible to all and raise awareness of the environmental cause through workshops and various cleaning and partnership actions.

One of the projects thought to develop in Madeira, in partnership with the group ‘Ocean Devotion Madeira’, is the cleaning of beaches and an artistic and educational exhibition, created from the garbage collected