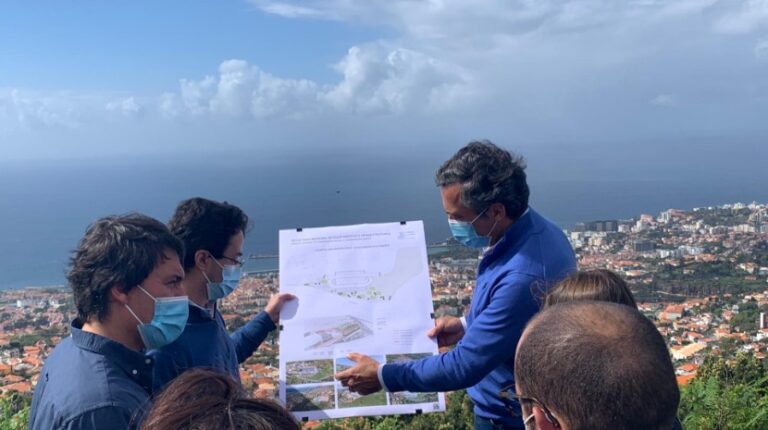 HOSPITAL DOS MARMELEIROS WILL HAVE A NEW CAR PARK

The Regional Government will proceed with a work with the amount of 5 million to provide the Hospital dos Marmeleiros with a new parking lot, which will have capacity for about 140 vehicles.

In a visit to the site, Pedro calado, vice president of the Regional Government, stressed that this work was an aspiration of the population of the parish of Monte and the users of this hospital unit that will now be completed.

According to the official, the contest will be launched at the beginning of next year, extending during the first semester.

This work is expected to start by the end of the first half of 2022, with an estimated year of execution.

This new park will have three floors, with 140 parking spaces and two access points.

“It is a closed parking lot, but between the floors it is open so as not to concentrate the pollution from cars,” he pointed out.

In the upper part of the parking lot, a garden will also be built.

“A terrain that has had its problems in times of heavy rain is requalified. It is the use of the whole area, for the benefit of the entire population ”, he added.

See how it will look:

Tours for April and May

Madeira waiting for you.