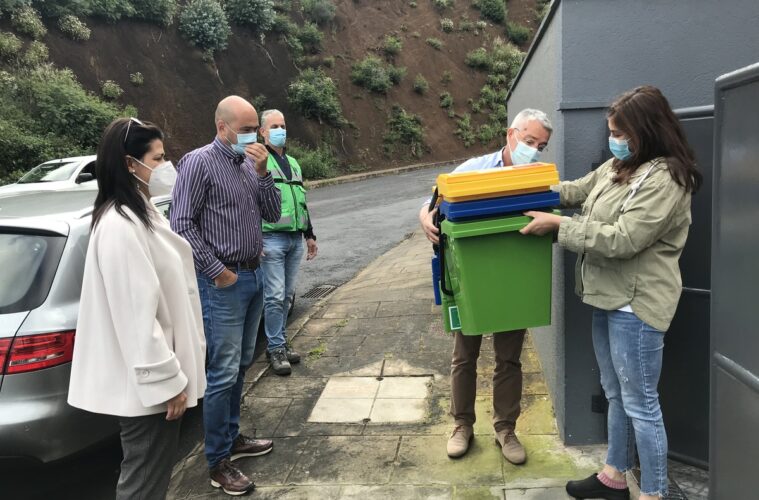 The Santa Cruz City Council delivered today the first domestic ecopoints. This is one of the first steps of an integrated environmental program within the scope of selective waste collection, which also involves the implementation of the first five ecological islands in the municipality of Santa Cruz, and the creation of the new municipal ecocentre.

The objective, according to the municipality, is to have an increasingly clean municipality, with modern approaches to the management of its waste and with an active contribution from everyone in environmental issues that are increasingly relevant.

“Through the provision of the three containers, we intend that the citizens collaborate in the separation of the solid residues, in a more comfortable way and without traveling to public ecopoints”, he says.

In this context, it reveals that 2,000 letters have already been sent, representing the number of families covered in this first phase, so the Municipality calls on citizens to respond to this request, in order to continue this process.

The awareness campaign ‘SANTA CRUZ A SEPARAR, PARA RECYCLAR’, in the scope of the execution of Operation POSEUR-03-1911-FC-00213 – Reinforcement of the Selective Waste Collection Network in the Municipality of Santa Cruz ‘has as main objective to promote the separation and subsequent recycling of waste, through the distribution of domestic ecopoints to families residing in single-family houses, namely cardboard, boxes and glassware.