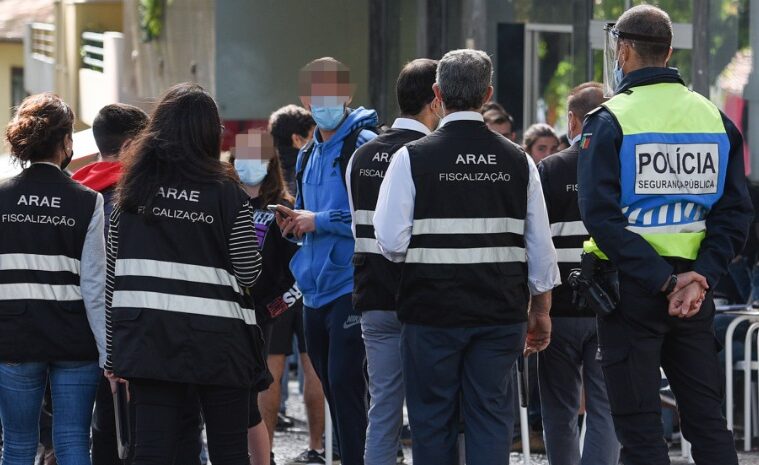 The Regional Authority for Economic Activities (ARAE) and the Public Security Police (PSP) carried out various enforcement actions in the municipalities of Santa Cruz and Funchal. The Operation started on Friday and only ended last night.

To JM, Luís Miguel Rosa, Regional Inspector of ARAE, revealed that “a joint operation was carried out with PSP to monitor compliance with” the new opening hours of bars and restaurants “, in a tighter inspection carried out in the municipalities of Santa Cruz and Funchal. Luís Miguel Rosa revealed that “it was expected” more customers in bars and restaurants, but the lack of “confidence” and the restrictions caused by the pandemic ended up reducing the affluence in the places identified as more problematic. Even so, he adds, “there was a great demand for restaurants”. In terms of operationality and non-compliance, the official responsible for the authority added that “it was a relatively calm two nights”. He recognizes that for “what was expected”

The expedient will only be carried out this Monday, but everything points to that there are not many infractions and records to be raised. At this moment, he revealed, the “traders are fully complying” with the recommendations of the health authorities, as well as with the awareness and doubts clarified by the economic authority. “The biggest problem is with customers, who often do not understand and do not comply with what is stipulated,” he said.

ARAE’s operation was carried out in order to verify compliance with all commercial establishments, mainly bars, and restoration, the obligation to limit the capacity of spaces to half, use of the mask and also for the sale and consumption of drinks on the terraces and on the public road.