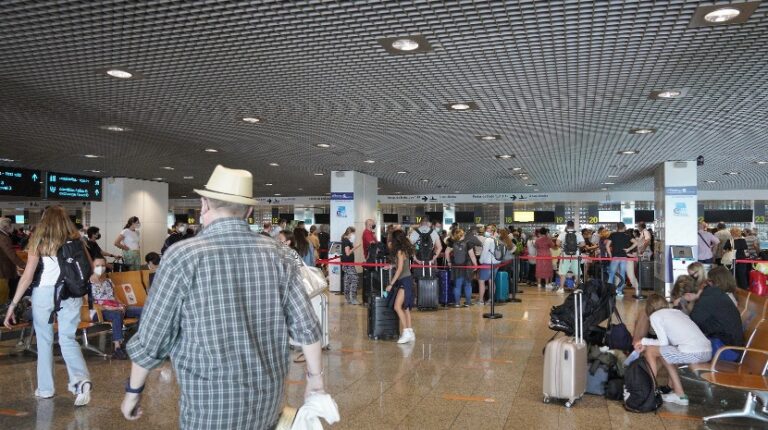 After an afternoon of inoperability due to strong winds, four planes have already landed at Madeira airport, coming from London, Brussels, Manchester and Lisbon.

Constraints that caused a large concentration of people, who were accompanied by airport officials, namely with the provision of water and chocolates to face the wait.

Jornal Madeira received severe criticism for the way in which the airline easyJet left its customers completely ‘in the dark’, who, despite their efforts, have not received any response from the company regarding the procedures to be adopted.

The baggage handling company, Portway, also received complaints from passengers who contacted JM, given the lack of information transmitted.

Alberto Freitas needed a drink “to calm the nerves”