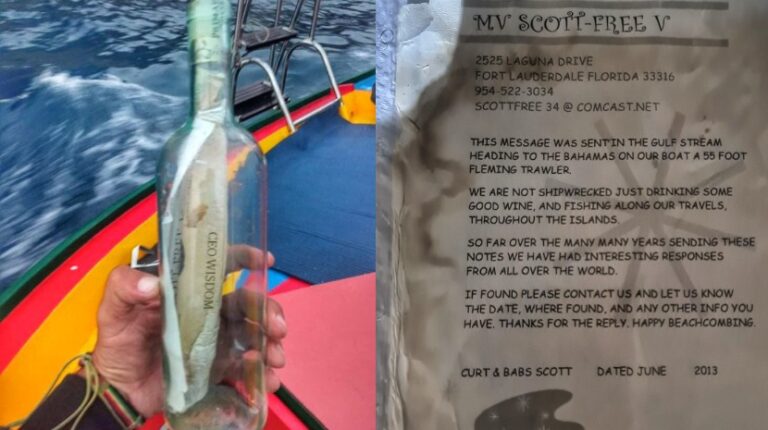 FOUND IN CÂMARA DE LOBOS BOTTLE WITH MESSAGE SENT IN 2013

A floating bottle with a message inside was found by individuals on a boat off Câmara de Lobos, which must have been placed in the sea in 2013.

“This message was sent from our boat on the Gulf Stream towards the Bahamas”, reads the message shared with Jornal Madeira, which will have crossed the entire Atlantic Ocean for several years to reach the Madeira archipelago.

The message, signed by the couple Curt and Babs Scott, dated June 2013 and featured an email contact in case anyone found that bottle one day. According to JM Sara Reis, a few minutes after the contact was made, a response was received from the woman.

Barbara Scott thanked the contact and explained that for many years, all over the world, she and her husband, who passed away in 2015, had been placing bottles of wine with messages in the ocean.

“My husband passed away in 2015 and I am thrilled to know that his legacy still lives on,” she said.

The Disgusting State of the Water Plant in Funchal