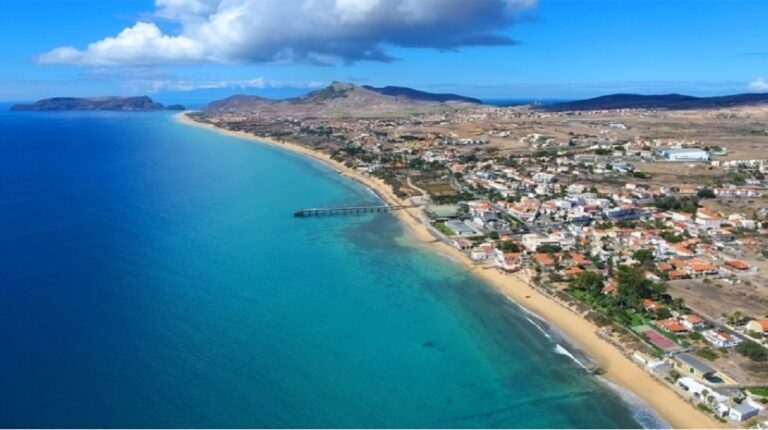 The official opening of the first BP gas station in Porto Santo is scheduled for tomorrow, September 17, and will be attended by Miguel Albuquerque, President of the Regional Government, and the chairman of the Board of Directors of bp Portugal, Sílvia Barata.

The inauguration of the 1st BP filling station in Porto Santo, and the 11th in the Autonomous Region of Madeira (RAM), is in line with bp Portugal’s desire for growth and expansion plan in Portugal. In recent years, the company has increased the number of fuel stations to 505 (mainland and islands).

“With the opening of the new bp service station on the island, Porto Santo drivers, customers of Pingo Doce stores, can now enjoy the advantages associated with the Poupa Mais Card, such as discount vouchers on bp fuel which, when accumulated on a card, can be used in all the brand’s fuels”, says bp in a statement sent to the newsrooms.

bp’s offer in Porto Santo will include a convenience store and the availability of Gasóleo Simples, Gasolina 95 and Gasóleo Ultimate, the latter starting in October. “All bp stores and petrol stations in RAM accept BP Premierplus loyalty cards and BP Plus ROUTEX and BP Bonus fleet and company cards”, recalls BP.

Accompanying the entry of the first bp service station in Porto Santo, the ‘Drive Carbon Neutral’ program will also debut on the golden island, which will enable BP to offset the carbon emissions generated by Porto Santo drivers, resulting from the consumption of fuels purchased at the new filling station, through the use of carbon credits on a global scale that finance the use of renewable energies, low-carbon solutions and the protection of forests.

To mark the opening of the first BP petrol station in Porto Santo, the Golden Island promenade will give way to a pedal go-kart track, between 7pm and 11pm, on 16 September. Later, at 9 pm, there will be a concert with the local band AOSESSES, in Praça do Município.

This is good news, with the only main supermarket on the island Pingo Doce, all residents have missed out on the fuel promotion for so many years.

VIDEO OF A ‘SPOTTER’ SHOWS PILOT SKILL WHEN LANDING IN MADEIRA