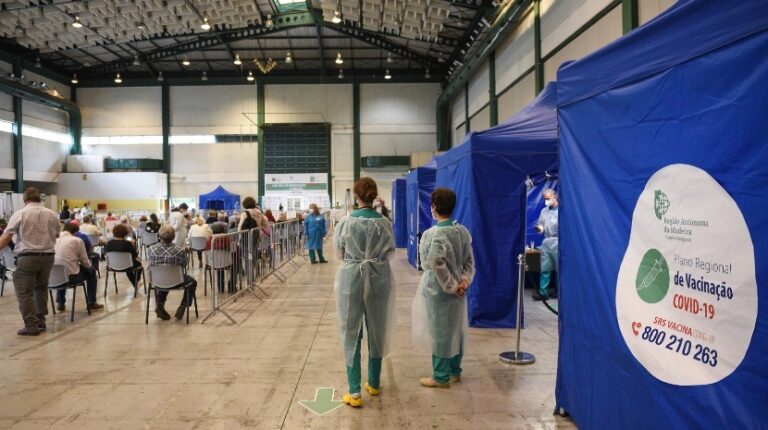 GOVERNMENT GUARANTEES THAT THE REGION WILL EXCEED 85% VACCINATION COVERAGE

With the vaccination of people who had already taken the first dose and who had been infected, the Region will surpass 85%.

The revelation was made this afternoon by Miguel Albuquerque on the sidelines of his visit to a training center in Câmara de Lobos.

On the occasion, the president of the Regional Government said that “we are now focused on vaccinating by the month of December, for the third dose, for those over 60 years old, health professionals, Civil Protection and those with associated pathologies “

Miguel Albuquerque also referred that it is necessary to have a “forcing” (acceleration of the pace) in these two months, in order to guarantee that this vaccination will be carried out “with the greatest speed”.

Regarding the testing at the airport, the president of the Regional Government revealed that “everything will remain as it is”, with the exception of the alteration of the Antigen test and no longer the PCR.

“Here in Madeira as in Porto Santo [airports] everything continues to be assumed by the Government, until December 21st”, he recalled.

Electric boat will connect Calheta to Funchal in 2020