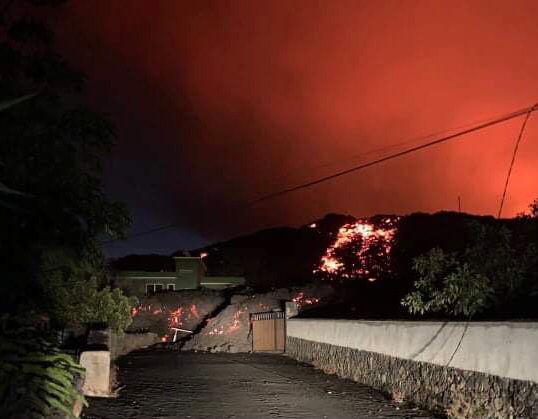 “I was left homeless and out of work,” said the Madeiran affected by the volcano in La Palma

Luís Miguel Ramos, a Madeiran from Porto da Cruz who has lived in La Laguma, on the island of La Palma, for over 25 years, this morning lost his home following the volcano that is erupting on that island of the archipelago of Canary Islands.

Around 8 am, the lava from the volcano reached my house, taking with it the house of my neighbors and my father-in-law and everything that was around them. We lost everything,” he lamented.

The Madeiran has been away from home for 22 days, namely since the time the volcano erupted. For the time being, he is staying in the house where his wife works.

“We have been away from home for 22 days. On the day the volcano erupted, we were leaving the house, because they ordered everyone to evacuate because of this situation. We are staying with the elderly man that my wife is taking care of, having been their daughters who asked us to stay there,” she said, stressing the support she has had from the local government.

On the day his family was evacuated, the authorities were unable to take his belongings, as they had nowhere to put them. They only took a few pieces of clothing and personal memorabilia with them.

“We didn’t take anything out of the house, because we didn’t know where to put things. We only took clothes and some photographs”, he said.

Disturbed, Luís Miguel Ramos said that this is the first time he has lived through such a situation.

“It’s the first time in my life that I’ve seen a situation like this. A tragedy so great, that it’s destroying everything that lies ahead. Things are really ugly”, he said.

In addition to being homeless, the Madeiran was also out of work, as the band production warehouse where he worked was also destroyed by lava from the volcano.

“The lava from the volcano reached the warehouse where I worked and I was left with no work, no home, nothing,” he lamented.

Tropical night at Pico do Areeiro