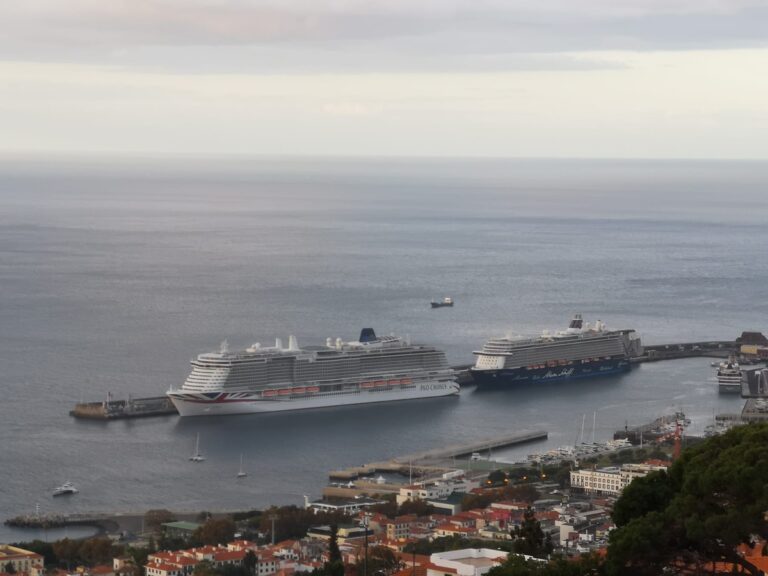 The port of Funchal today has a full house, which is not difficult, as in practice there are only three docking areas for cruise ships. And when they are large ships like the ‘Iona’, which arrived at the end of the night and early morning today, then it is safe to take up a lot of space and leave little for other ships.

The P&O Cruises ship is 344 meters long and occupies the entire berth 3 at the end of the Port of Funchal, which is 347 meters long. The ‘Iona’ debuted in Funchal on the 13th of October (it made its maiden voyage in August), highlighting the fact that it is the largest ship that has ever called this port. At the time, it had 3,826 passengers on board.

In his company is the ‘small’, but comfortable and exclusive ‘World Voyager’, which has postponed its departure on the original date (it should have been yesterday at 18:00) and is still docked at the north pier, as well as from ‘Mein Schiff 4’ which only leaves today at 2 pm, heading for La Palma.

PREMIERE: UKRAINE INTERNATIONAL AIRLINES IN MADEIRA FOR THE FIRST TIME WITH CONNECTION FROM KIEV