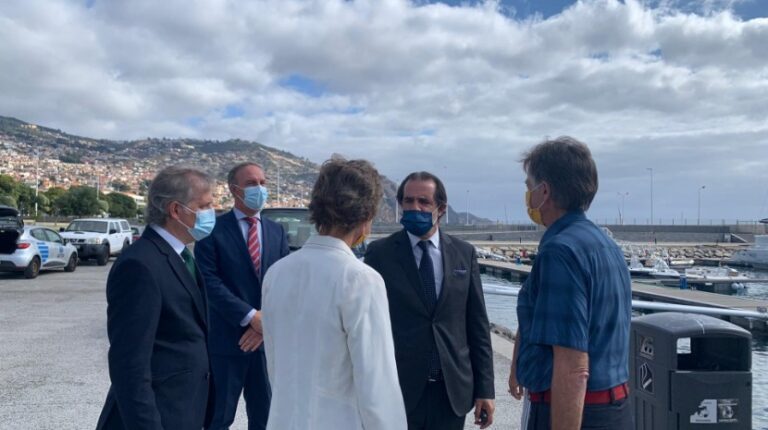 “THERE’S NO POINT IN GETTING HYSTERICAL”, SAYS MIGUEL ALBUQUERQUE

Miguel Albuquerque, President of the Regional Government, reiterated, today, that only at the end of the month can new restrictive measures be taken, ensuring that, for now, the epidemiological situation in the Region “is not serious” and “is under control” .

“There’s no point in getting hysterical. We have to analyze the consequences and the consequences, at this time, are as follows: we have the situation monitored and controlled, we have carried out massive testing and we will take the necessary measures to avoid large concentrations”, said the government official, affirming that, for the time being, the Region “will not close” and that “necessary measures will be taken to contain and safeguard Public Health”.

Recalling that the situation is different compared to last year, as almost 85% of the population is already vaccinated, the leader of the Madeiran executive rejected drama, explaining that at this stage the consequences are much less serious than before and that deaths have occurred always in unvaccinated people, due to “those that go on reading” and “conspiracy theories that make no sense”, or in patients with associated pathologies.

Even so, Miguel Albuquerque defended the need for the European Medicines Agency to “broaden the vaccination spectrum”, by approving the vaccination of young people between the ages of 6 and 11, due to the cases that have arisen in this age group, and are running through the schools.

He also recalled that Madeira has enough vaccines to administer the third dose to all Madeirans who wish to do so and who have completed six months since the second dose. No appointment is needed.

The statements were made by the Madeiran government official on the sidelines of a visit to the vessel “Ada Rebikoff”, of the Rebikoff-Niggeler Foundation, which is berthed at pier 8, in Funchal.

REGIONAL GOVERNMENT: #FICAEMCASA FOR YOU, FOR US AND FOR MADEIRA (VIDEO)