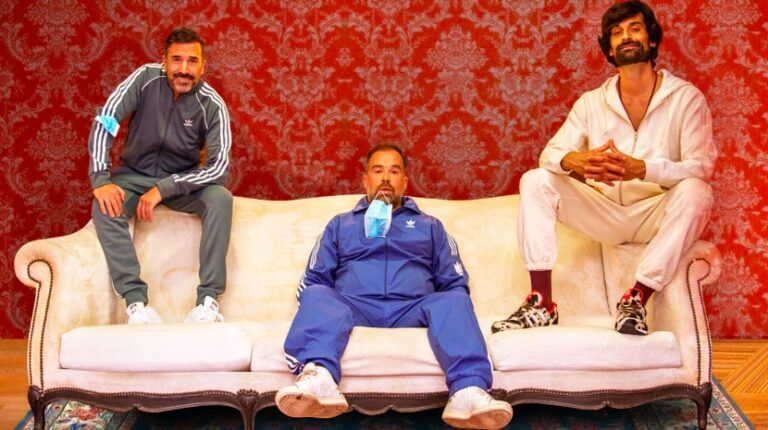 Event promoted by JM takes to the stage of the Madeira Congress Center the show that brings together the comedians António Raminhos, Marco Horácio and Luís Filipe Borges on February 25th.

The three comedians António Raminhos, Marco Horácio and Luís Filipe Borges decided to meet again for a second dose of the show that, in 2016, attracted 25,000 spectators to Portuguese theaters in just two months. The tour that reflects the changes that five years have brought to the lives of these three friends was launched at the end of last year and now arrives in Madeira, on February 25, at 9.30 pm. The show takes place at the Madeira Congress Center and is organized by JM, in partnership with the Regional Secretariat for Tourism and Culture.

At the first screening of ‘Três é Demais’, António Raminhos was waiting for the arrival of his third daughter. Marco Horácio was a divorced father, and Luís Filipe Borges was “free and loose”. Five years later, Borges is married and a father, Horácio has found love again and Raminhos “lives a conflict between his old self and his new self”. The 180-degree turn in the lives of the three served as the motto for their return to the road, but, as the show’s synopsis highlights, the most important thing was “to return to those who make them feel better, the stage and the audience”.

Tickets for the event produced by Brain Entertainment, aimed at an audience over the age of 16, will be on sale from January 31st at JM facilities. They will cost 14 euros for JM-Madeira subscribers, 16 euros for the general public until the date of the event, and 20 euros if purchased on the day of the event. For additional information or reservations, you should contact the newspaper on the number 291 210 405 or email marketing.eventos@jm-madeira.pt.