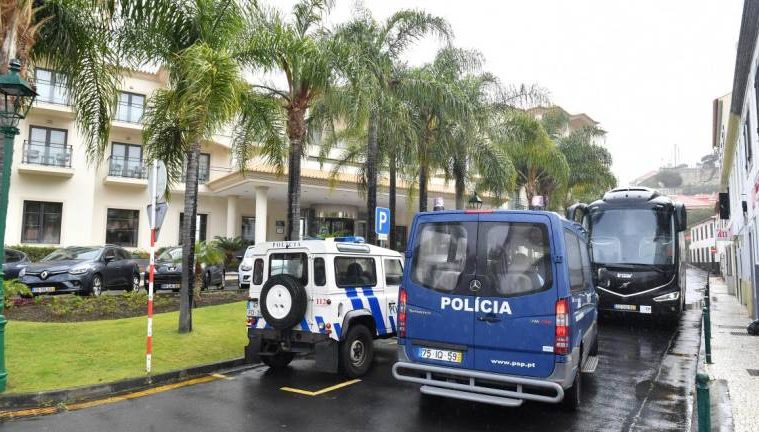 Mandatory quarantine in Madeira may be a concern

Tribunal Judicial Comarca dos Açores understands that “the restriction of this or other fundamental rights is a matter for two sovereign bodies, the Assembly of the Republic or the Government of the Republic.

Azores will end the mandatory quarantine from midnight, as a judge has said it to be illegal.

This is a straight translation from Diário Notícias

the Autonomous Region of Madeira, mandatory quarantine remains in force for all those who arrive on the island. That same was reaffirmed yesterday by the regional secretary for Health and Civil Protection, Pedro Ramos, who referred a decision to when European bodies decide, in a final document, on the aviation sector.

However, even today, the Judicial Court Comarca dos Açores considered that the deprivation of freedom of citizens is “outside the scope of competence” of the bodies of the Autonomous Regions, being exclusive to the Assembly and Government of the Republic. However, such a judicial decision, following a process initiated by a citizen placed in confinement, may call into question the measure applied also in Madeira. The DIARY asked, in this regard, for clarifications to the Regional Health Secretariat and awaits an official note.

According to what DIÁRIO found, in the Azores, the citizens who were in mandatory quarantine in a hotel unit, paid by themselves in the case of non-residents, are being informed that they will be able to return to their homes today.

Judge understands that “any national citizen can freely disembark”

Regarding the decision of the Judicial Court of the Azores in relation to the deprivation of liberty, it is said that: “the restriction of this or other fundamental rights is a matter for two sovereign bodies, the Assembly of the Republic or the Government of the Republic, and this is authorized by it, thus falling outside the scope of the powers of the autonomous regions’ own bodies, which implies organic unconstitutionality of the norms that authorize it ”.

The Ponta Delgada Court today granted a request for immediate release (‘habeas corpus’) made by a plaintiff, against the imposition of quarantine in hotels by the Government of the Azores.

At issue is an initiative of a plaintiff who was placed in mandatory quarantine at a hotel in Ponta Delgada and put forward a habeas corpus, which was handed over to the criminal investigating judge of the Ponta Delgada Court, which in turn triggered the legal mechanisms.

Since March 26th, all passengers arriving in the Azores have been obliged to stay 14 days in confinement in a hotel indicated by the Azorean executive, as a restrictive measure to stop the evolution of the covid-19 pandemic, having the expenses with accommodation passed to be paid by passengers not resident in the archipelago since May 8.

The criminal investigating judge of Ponta Delgada, cited in the press note, considers that the situation in question “was one of deprivation of liberty, among other reasons, because it does not apply for the consent of the person concerned, to take place in a confined place and under police surveillance” .

In addition, this occurs “out of a state of emergency, it has no title in article 27/1/3” of the Constitution of the Republic, which “implies material unconstitutionality of the norms that authorize it”.

Even if there was no “organic unconstitutionality”, the judge understands that, with public calamity declared throughout the national territory, “any national citizen can freely disembark” at any airport on the continent and in the Autonomous Region of the Azores.

In addition, residents “do not pay, but non-residents do, compulsory confinement”, which “violates the principle of equality”.

According to the criminal investigating judge of Ponta Delgada, the “compulsory confinement of a person without being infected, and on which there is no suspicion of infection,” aggravated by the “absence of the possibility of doing so at home”, and taking into account that “positively infected people do their treatment there, it violates the principles of proportionality”.

Bar Association supports court decision on quarantine in the Azores

The Order of Lawyers welcomed the decision of the Ponta Delgada Court that deferred a request for immediate release (‘habeas corpus’) made by a plaintiff, against the Azorean Government imposing quarantine on hotels.

In a note sent to the Lusa agency, the president of the lawyers, Luís Menezes Leitão, states that the Order became aware that “a habeas corpus measure was upheld against the measure of the Regional Government of the Azores to place all those who travel to the Azores in a mandatory quarantine in a hotel, depriving them of any contact with the family or even the possibility of returning to the continent, and in the case of non-residents in the Azores, it also forces them to pay the hotel bill ”.

At issue is an initiative of a plaintiff who was placed in mandatory quarantine at a hotel in Ponta Delgada and put forward a habeas corpus, which was handed over to the criminal investigating judge of the Ponta Delgada Court, which in turn triggered the legal mechanisms.

Having been “alerted to the arbitrariness of this measure” by a magistrate resident in the Azores, the Bar Association, through its Human Rights Commission, “immediately sought to resolve the situation”, having supported the lawyer Pedro Gomes, who brought the ‘habeas corpus’ in defense of its constituent “arbitrarily detained in a hotel, having managed to ensure that this habeas corpus provision was upheld, which requires an end to this illegal detention”.

According to the Order, on the part of the “remaining sovereign bodies, nothing has been done to end these illegal detentions, despite having full knowledge of them, and the Prime Minister has limited himself to recommending that the citizens of the continent not go to the Azores” .

It was therefore only a lawyer who, in defense of his constituent, reacted and managed to end the arbitrary detention to which he was subjected. The country must therefore bear in mind that lawyers are available and ready to defend citizens who are harmed by arbitrary accusations by the authorities, and any citizen can use a lawyer for that purpose.

For the Portuguese Bar Association, once the state of emergency has been lifted, the fundamental rights of citizens “are fully in force again and cannot be limited by arbitrary measures”, and the appeal to the courts against these measures is guaranteed.