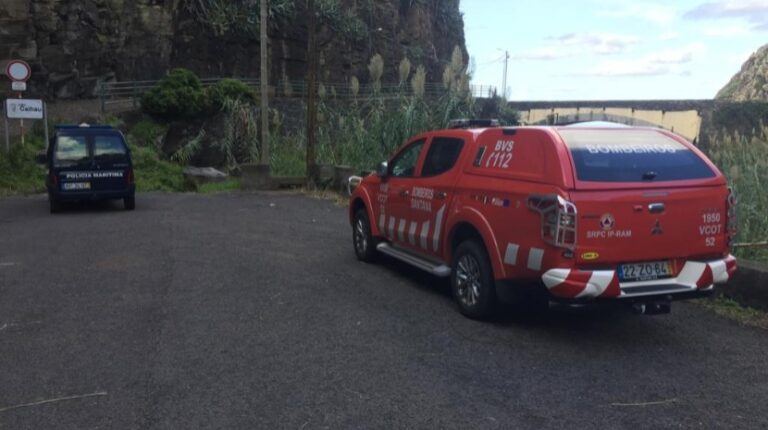 The commander of the Santana Volunteer firefighters, José António Freitas, confirmed this afternoon to JM that the body of the “young German has not yet been found”, after three days of searching by land and sea with the Merlin Helicopter and drones. In the area of sesrch, in Calhau de São Jorge coastline, some means and operational apparatus from various authorities and relief institutions continues.

Everyone is “working on the searches, on land and at sea”, he begins by saying, adding that the device remains in place until sunset today. In addition to the firefighters, specialized teams from the PSP and the Maritime Police are on site, in addition to the navy and SANAS Madeira operational device at sea. It should be noted that the Regional Relief Operations Command (CROS) and the Madeira Maritime Zone Commander are responsible for deciding whether to maintain or suspend searches for the next days.

“So far, nothing has been seen, nor anything that belongs to the boy”, reveals José António Freitas, who maintains a rescue and rescue team from the BVMs on site. The sea conditions on the coast also “do not allow much security for the search, so we have opted for the use of drones ”, he says. At this moment (18:00), there was still no sign of the young man unfortunately.” The commander revealed to JM that the firefighters are on site, patrolling the entire coast of São Jorge.