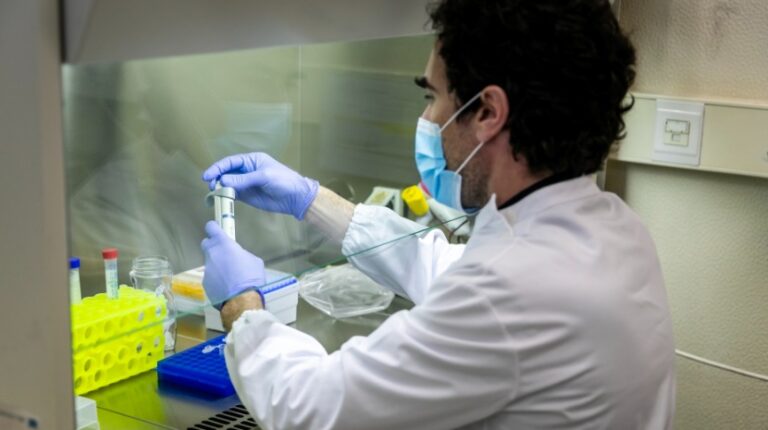 The woman who was waiting for the PCR test after yesterday having a positive result in an antigen carried out in Porto Santo ended up seeing the worst-case scenario confirmed.

The laboratory test was positive again and the Porto Santo health authorities have already started the entire process of isolation and testing of direct contacts.

The woman, an employee of a small hotel unit, resorted to the emergency services of the Health Center yesterday and was eventually isolated after a positive rapid test.

Both she and her family were isolated and health authorities say, the woman who tested positive was vaccinated although she had other symptoms of the disease when she went to the emergency room.

Confirmation was given to JM by Rogério Correia, Porto Santo’s health delegate. “All direct contacts have already been tested by PCR and now we are going to wait for the results. We are also already doing the screening of clients who were in the hotel unit, it was probably a tourist who ended up contaminating this employee. This tourist has already left Porto Santo, so we have already connected with the authorities to find out the tourists who have been to this unit and have already left the island. At the moment we only have this case, which we are now going to work on to prevent the chain from moving forward”.

Asked about the possibility that the employee was infected by the Delta variant, Rogério Correia reveals that “it is only after the samples are analyzed at the Ricardo Jorge Institute that we know. This takes some time. Porto Santo has a positive case already diagnosed and isolated. For now, there is nothing to suggest that it is a Delta variant”, he reinforces.

Best year ever for tourism

Madeiran in Coma after brutal beating in Eastbourne

Vaccination in Ribeira Brava carried out in order of arrival