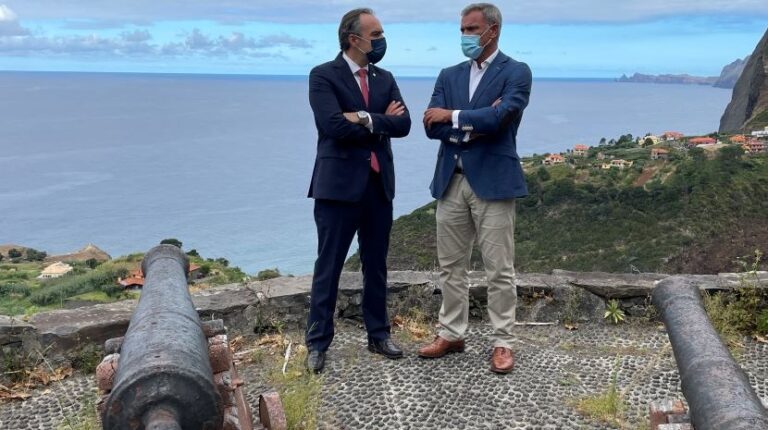 A tourist spot that has been locked off for a while now, so this hopefully will get it reopened and looking better.

The regional government will acquire and recover the Fortim do Faial, announced this afternoon Rogério Gouveia, the new Regional Secretary for Finance.

According to the government official, who did not advance values ​​until the matter was approved by the Government Council, the regional executive reached an agreement with the private sector.

Rogério Gouveia recognizes the cultural and heritage value of the space which, as he said, will now serve the population and visitors alike.

Also present at the site, Eduardo Jesus, regional secretary of Tourism and Culture recalled an exhibition of old photographs of Faial, held with the collaboration of the owners, and added that in the future this exhibition will be joined by other reasons of interest.

The site, said Eduardo Jesus, will also be an information point for visitors.

This afternoon, representing Miguel Albuquerque, the regional finance secretary will preside at the commemorations of the Day of Our Lady of Nativity, patron saint of the parish of Faial, in the municipality of Santana.

Pack The Suitcase – 40 Things to do in Funchal