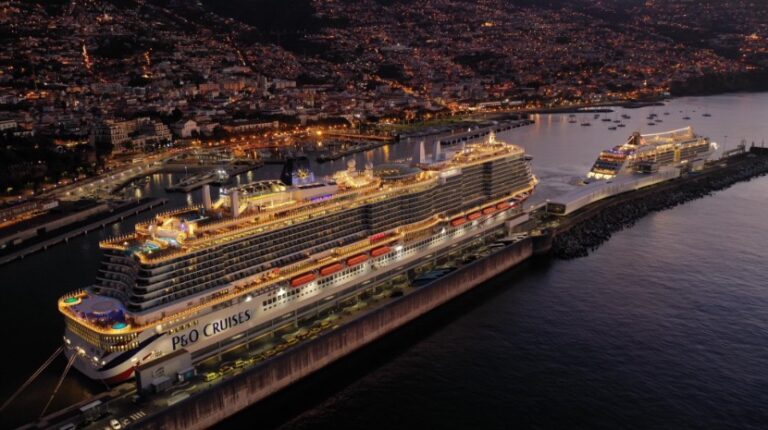 The poor Lobo Marinho Ferry looks so tiny against her.

It should be noted that the Iona ship is the largest ever, in terms of tonnage, to call on the ‘Pontinha’ and will carry 3,826 passengers and 1,608 crew. This is because, as the APRAM communication office pointed out to JM, the largest – in terms of length – was the Anthem of the Seas, with 348 meters, while the Iona has 344 meters.

Still, enough to dethrone AIDAnova, the biggest that came often. The second ship, Europa 2, with 341 passengers on board, brought by JFM Shipping and coming from Praia da Vitória, in the Azores, arrived in Funchal an hour later – at 8:00 am – and stays until 6:00 pm, when it will head to La Palma.

Some photos  From Jornal Madeira

Unsuitable hiking and nature activities due to bad weather in Madeira