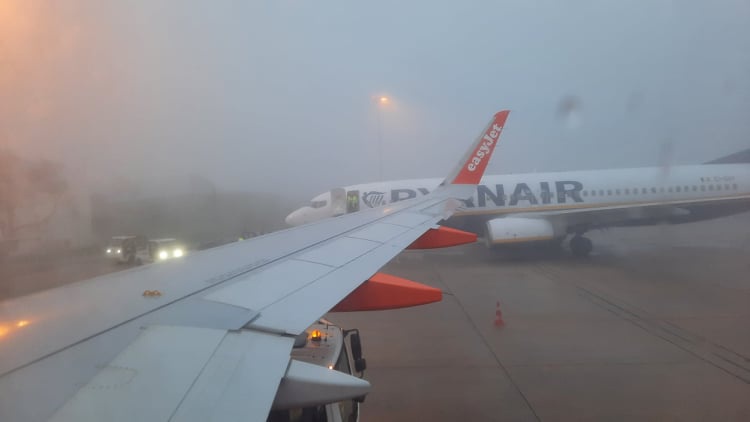 easyJet detects liquid in luggage and delays flight to Madeira

easyJet flight EJU7601, which connects Lisbon to Madeira, is delayed due to an anomaly detected in the baggage compartment and should only land at Cristiano Ronaldo airport at 9:45 am, almost an hour later than initially scheduled.

“We are parked on the runway at Lisbon airport. The 7:00 am flight to Funchal has technical problems. We were told that a liquid was detected in the luggage and that they would, for safety reasons, abort take-off and check what’s going on”, a passenger on board told the Diario, in a contact established at 7:45 am.

In a second contact at 8. 10 am, the same passenger reported that the captain assured that “the technical problem has already been solved”, but the aircraft will have to be refueled – an Airbus A320-214 – and that “we will only advance in another 30 minutes for runway as visibility is very poor at the airport for departures and arrivals”.

fog conditions movements
On board,  the delay will be greater than what is predicted by the company and that ANA is moving forward on its official page. All the more so as the fog is conditioning other flights, namely TAP’s to Madeira. TP 1699 was due to leave Lisbon at 7:20 am and arrive in the Region at 9:05 am.

Also due to the fog in the Portuguese capital, TAP’s first flight this morning between Madeira and Lisbon, scheduled for 7am, should only take place at 9am.

SEE THE IMAGES OF THE FOREST FIRE IN PICO DO AREEIRO