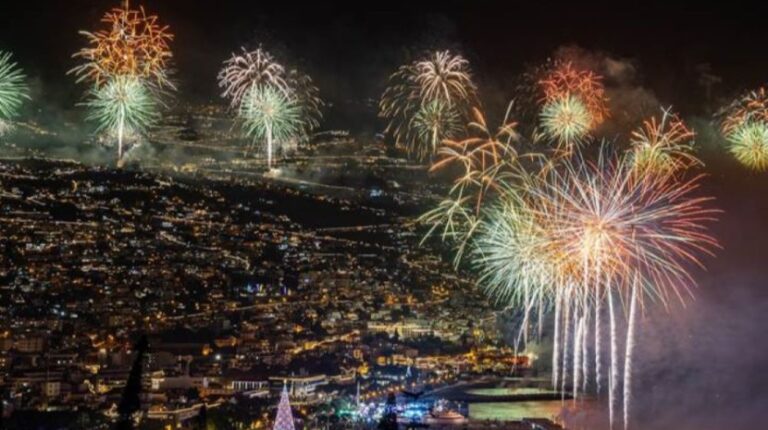 RED BULL SKYDIVE: “IT WAS AN UNPRECEDENTED LEAP THAT PRESENTED A HUGE CHALLENGE FOR ALL OF US”

The last night of 2021 began with a show never seen before in Portugal, performed by the international formation of the Red Bull Skydive Team, which tore the skies on the last night of the year with the project “Madeira Shooting Stars”. Four skydivers jumped from a Portuguese Air Force aircraft at an altitude of 8000 feet, about 2400 meters above the ground, with sophisticated ” wingsuits ” which, for about three minutes, allowed them to brighten the sky like shooting stars towards to the bay of Funchal. When they landed, they were unanimous:

“It was an unprecedented jump that represented a huge challenge for all of us. Jumping at night increases the risk and difficulties, but we studied all the procedures well and managed to fulfill the main objective, which was to provide a unique spectacle.”

After the human shooting stars, the sky received one of the most innovative multimedia shows in the world and something never seen in Portugal. Sound and lights shared the spotlight with a hundred drones that drew various colorful and dynamic elements in the sky – the flag of Madeira, and of some of our visitors’ countries of origin, a typical house in Santana, a flower, a dolphin, a heart , a group of people and the new signature of the Madeira brand – “Madeira, Tão Tua”, among others.

Football Fans Pay Tribute to Ronaldo in the 7th Minute

Five flights have already been canceled at Madeira International Airport