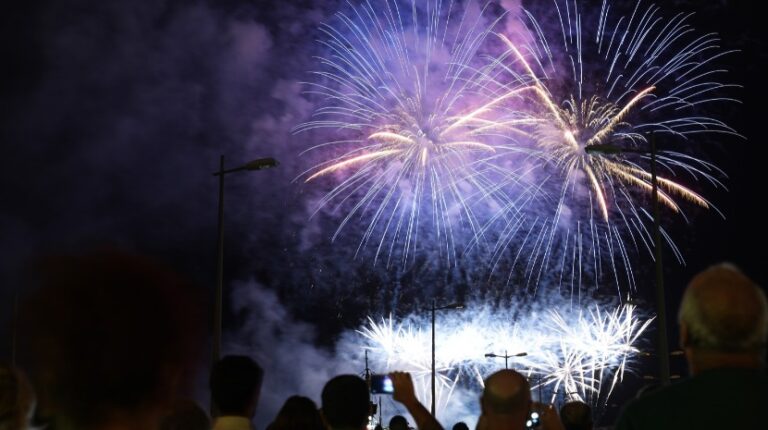 BELGIANS GAVE A ‘JOURNEY OF EMOTIONS’ IN FUNCHAL

A journey of emotions’ was the theme of today’s pyrotechnic show, the third of this month, this time by the Belgian company HC Pyrotechnics. An initiative within the scope of the Atlantic Festival, under the responsibility of the Regional Secretariat for Tourism and Culture. And once again, the Madeiran capital was full.

On the last Saturday of June, as in each edition of the Atlantic Festival, the closing pyromusical show will be in charge of the organizing company with the theme ‘Madeira, The fifth element’. The results of the contest will be known on the 25th, right after the show, and the national company, as an organizer, is not voting. It should be noted that on the 23rd, Macedo’s will hold a similar event in Porto Santo, at 11:30 pm. On the first Saturday of this month, it was Ukraine’s turn with the theme ‘The various colors of the Ukrainian soul’ by the company Dance of Fire. On June 11th, the Canadian company Apogée Fireworks brought us ‘The Immortals’.