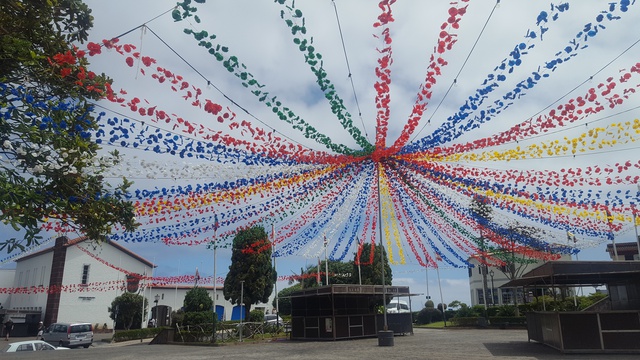 Santana Gastronomic Festival canceled due to lack of staff in restaurants

The Santana Gastronomic Show, scheduled to take place from the 22nd to the 29th of July, has been cancelled. A month after it was announced and with the confirmation of only two restaurants, the Municipality of Santana, the organizer of the event, understood that the minimum conditions were not met to materialize what would be the resumption of the event “which before the pandemic was taking place”. grow in quality and quantity”, recalls the president of the Autarchy, Dinarte Fernandes.

According to the mayor, “restaurants complain about a lack of manpower”, which is why “only two restaurants had confirmed” their presence at the event.

“There are no conditions to have a ‘gastronomic’ with just two restaurants. There would be a lack of service capacity in serving the public. An investment of 100 thousand euros for just two restaurants is not justified”, maintains Dinarte Fernandes, remembering that among the headliners for the event’s animation, the Municipality had already confirmed the presence of Amor Electro and André Sardet.

This is not how the Gastronomic Exhibition of Santana returns to the city on the north coast of Madeira.

Rightly so, if you don’t have the staff and give the service required then this is a very good decision.

There are many restaurants around the island which could do the same with reducing covers and giving a better service, instead if having complaint after complaint and people refusing to pay.

A week of unsettled weather.

Petition for the Street dogs of Madeira

Madeira is again promoted by tourists.