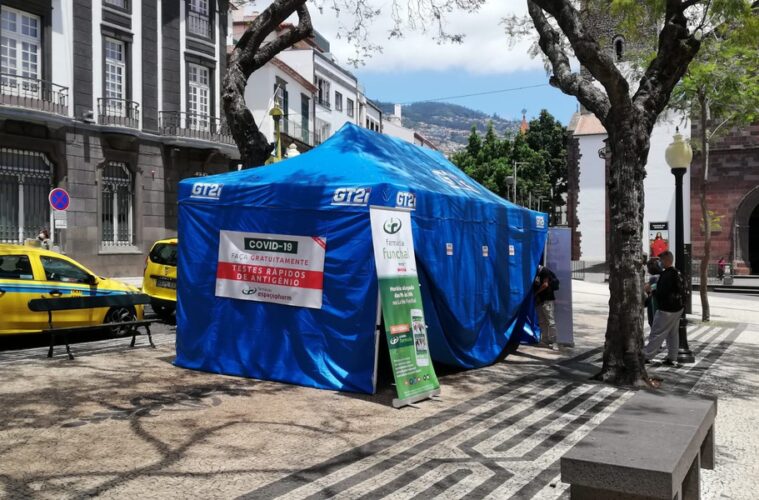 The decision of the Regional Government to extend to tourists the possibility of making rapid tests of antigen, to detect possible infections by SARS-CoV-2, comes into force today. The Resolution of the Governing Council, with this decision, was published yesterday in an official newspaper and foresees that it will take effect “the day after its publication”.

“Despite the improvement of the epidemiological situation in the Region, the context of openness to tourism justifies the need to adjust policies and measures for the prevention, protection and health security of the population of the Region, in defense of public health”, justifies the executive.

However, in order to be entitled to the free test, it is necessary that the tourist has had a negative PCR test, which Madeira requires at the entrance. “It is the intention of the Regional Government, through the Regional Secretariat for Health and Civil Protection, to allow the performance of a test by TRAg, for SARS-CoV-2, to tourists who request it during their stay in RAM, since that they performed a PCR test for SARS-CoV-2 infection prior to their arrival at RAM airports. ”

The measure, as explained when it was made public, aims to make life easier for tourists visiting Madeira, in particular, those who are required to have a test with a negative result, when they return to the origin.

In this case, only the rapid antigen test is considered, but the regional government is also taking steps to guarantee a PCR test to those who need it on their return to their countries.

Tests, both for tourists and for Madeirans, can be done at many pharmacy’s around the island

You can get a full list on the link below.